Fans are one of most common electrical appliances in every household. In the ceiling fan vs. table fan debate, the most crucial difference is the power consumption.

In this ultimate guide, we shall discuss the amount of power consumed by both ceiling and table fans. We will give you a detailed comparison of the duo that will help you know better about the power requirements for both options.

Let us get started with the discussion.

What Is A Table Fan? 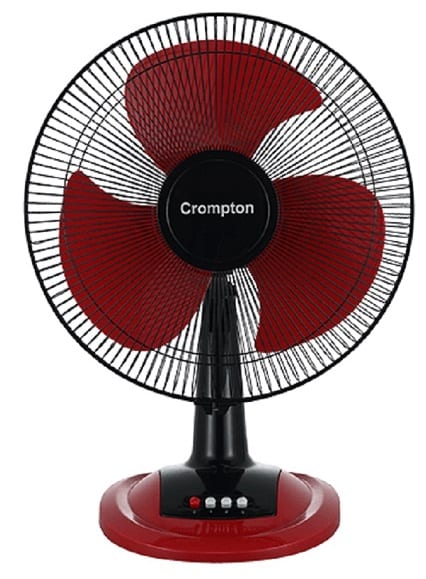 The table fans are basically compact and portable options that you can place almost anywhere in your home. All you will need is a power plug and enough space in the corner to allow the sweep of the fan, and you are good to go. Most table fans have a particular sweep angle within which it rotates continuously to produce even airflow in the room.

Table fans are only ideal if the airflow is required in a smaller portion of the room or if the room size is small. Even with the sweep and highest settings, you will not be getting enough airflow from a table fan to maintain a complete room. Let us take a look at the required table fan size and also sweep distance to achieve perfect airflow for the room.

Now, if you have calculated the table fan size and sweep regarding your room size and are willing to install one in your room, let us talk about the power consumption of a general table fan. This should give you an idea of what to expect after you start using the table fan.

What Is The Power Consumption Of A Table Fan?

This is the reason why the power consumption of a table fan should be thoroughly checked because there might be a ceiling fan option that might turn out to be beneficial than the table fan with a little higher initial investment.

Let us consider the wattage of the table fan to be 75 watts which is almost an average for hundreds of models available in India. It means that if the fan is kept running for 1 hour, it will consume 75-watt electrical energy.

What Is A Ceiling Fan? 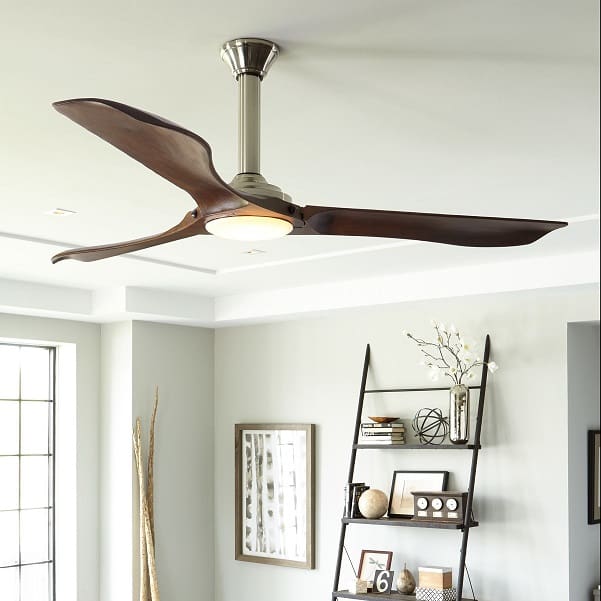 Ceiling fans are one of the default electrical appliances for most homes. While we all utilize ceiling fans throughout the day and night, most people are unaware of how much power is being consumed by the ceiling fans. Apart from generic fans, there are also antique and heavier fans available in the market that requires much more power to run.

But, the power consumption of a ceiling fan is suitable for its performance. First of all, the ceiling fans are placed in the middle of the room. Due to their large sweep size and larger blades, they manage to cover a lot more space than the table fans. A ceiling fan also works perfectly paired with an air cooler to circulate even cold airflow throughout the room.

Here is a reference table in case you are looking to replace your current fan with a larger option.

This measurement table should give you a vague idea about which fan is necessary according to your room size. Although, you should keep in mind that larger fans that come with longer blades and increased airflow consumes more power. Thus, you will be adding up to the monthly electrical expense by purchasing a larger option.

What Is The Power Consumption Of A Ceiling Fan?

Generally, we do not care much about the electrical consumption of the ceiling fan before buying it. But it surely affects the monthly power requirement of the household that hampers the monthly bill quite a bit. Getting an antique unit over that makes it certainly more expensive to run. Although, there are also power-saving options that have more energy rating and consume much less power comparatively.

After getting the perfect idea about the power consumption of the ceiling fan. You can rest assured that you will not be seeing any sudden increase in the electricity bill and manage the monthly expenses accordingly.

Similar to table fans, the power consumption of a ceiling fan is also based on the wattage rating of the particular unit. These parameters control the components and their capacity that come installed on the fan. The power consumption rating changes accordingly. To know the wattage of the ceiling fan you own right now, refer to the instruction manual or the website of the brand for a perfect value.

Let us conclude the average power consumption calculation for a ceiling fan that has 95 watts wattage rating.

We will strongly recommend you to take a look at new generation power-saving ceiling fans that are certified by the Bureau of Energy Efficiency, India. It provides a certain star rating for every household appliance. If you manage to get a 5-star rated product, you will be getting complete advantage of a ceiling fan with a power consumption rating being less than a table fan.

Here is a comparative analysis of ceiling fan and table fan. The below table highlights the characteristic features of both the fans that will help you in make an informed decision.

If you plan to buy a new fan right now, we suggest you go with a power-saving variant of ceiling fans. Instead of investing in multiple table fans for a large-sized room, a ceiling fan offers much better performance at comparatively lower initial investment. Right now, you can find a lot of 5-star energy-rated fans that will provide you the same comfort and experience as a standard ceiling fan while the running cost is lower than that of the table fan.

Write to us if you have any questions or need more information. Please share your feedback with us by letting us know if we missed out on any points. 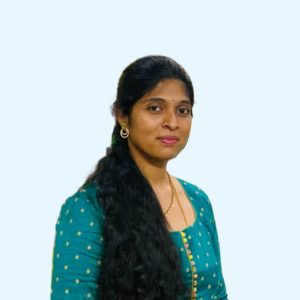