Mixer Grinder Problems and Their Solutions

A mixer grinder is an appliance that you will find in almost every kitchen. It not only makes the cooking easier but also helps in saving a lot of your time.

Similar to any other electrical appliances, there are chances that you might face some minor issues while using a mixer grinder. These issues can get frustrating at times.

Even if you buy the best mixer grinder available in the market, there are a few common issues that you might face. To learn more about these issues and deal with them, go ahead and read this article.

Also, if you are planning to buy a new mixer grinder for your house, we suggest you to check our buying guides and product recommendations for mixer grinders, juicers, stand mixers, hand blenders, blenders, food processors, vegetable choppers, wet grinders and other kitchen appliances.

Some of the most common problems that you might face while using a mixer grinder are mentioned below. Along with it, we have also provided solutions to deal with them. Let’s have a look.

Leakage from the grinding jar is one of the most common problems that users face. This is usually caused due to three major reasons:

Crack in the Jar: Sometimes, there is a crack in the grinding jar that leads to leakage. If this is the case, you will have to replace the jar and use the new one.

Loose Blade: Often blade’s jar gets loose if you use it for a long time. It can cause leakage. To fix this problem, you will have to first check if the blade is assembled correctly and make sure it is screwed tightly. If you notice a leakage even after tightening the blade’s assembly, there might be an issue with the gunmetal (it is the part that is attached to the main unit of the mixer grinder). You will have to call an expert and get it rectified via them.

Rubber Gasket: Issues with the gasket is another common reason that causes leakage. You can fix it by buying a new gasket from a hardware shop.

2. The Grinder Shuts Down Completely Due To Overload

The mixer grinder usually shuts off whenever it is overloaded to prevent the machine from facing any further damages. Overload is generally caused due to following three things:

Low-Capacity Motor: If the motor in the mixer grinder is not very powerful and if you are using it for a longer duration, the machine turns hot and shuts off automatically to prevent it from any further damage. In such cases, let the machine shut off for a minimum of 30 minutes before you turn it on and start using it again.

Air Circulation: Air circulation is very important to keep the entire unit of the mixer grinder cool to prevent overheating. Hence, make sure that there is enough space for the air to pass between the lower surface of the machine and the platform where you have kept it.

Thick Ingredients: This problem occurs sometimes when you are either trying to grind too much quantity in the jar or if the ingredient that you are grinding is too thick or hard. It also happens if you are running the mixer grinder for a long time at high speed. In such scenarios, you can try reducing the quantity in the mixing jar. If you are grinding thicker ingredients, you can add some water to it (if it is not spoiling the dish you are making). Or else, you can run the ingredients in multiple batches. However, give some gap in between so that there is enough time for the motor to cool down.

There is a red switch at the bottom of the grinder. You can press that to reset the unit and then start using it again. It should solve this problem.

Another common problem that you might face while using a mixer grinder is stuck buttons. It mostly happens whenever the ingredient or liquid spills and gets stuck in between the buttons. To correct this problem, you can unplug the grinder and clean it thoroughly.

You might also find an option to remove the face of the button in some units. It is helpful in cleaning or removing the stuck food items easily. You can even use an older toothbrush to clean this space.

This problem is mostly caused whenever food particles get clogged in the blade assembly. To solve this issue, you should first switch off the grinder, remove the blades and clean them with water. After cleaning, reassemble and start using it again. It should work fine. However, if the problem doesn’t get solved, there might be an issue with either the motor or the rotor. You will have to get it repaired with an expert.

After using the grinding jar for a while, the blades tend to lose the sharpness a bit. You can sharpen it again by using rock salt. All you have to do is put some rock salt in the jar and let it spin for some time. Make sure that the lid is shut tightly. The blades should retain the sharpness.

If this trick does not work, you might have to change the blade completely. You can do it at home by using a spanner that you usually get while buying a new mixer grinder. To change the blade, you will have to hold the coupler on the inner side of the jar using one hand. Now remove the blade using the spanner by turning it in a clockwise direction. Take the new blade, keep it in the correct place and then tighten it by rotating it in an anti-clockwise direction. Make sure that it is locked properly.

The coupler is the base of the mixer grinder that connects the unit to the grinding jar. After it gets old, the coupler mostly stops working. If you grind frozen food items regularly at high speeds, the chances of breakage or damage caused to the coupler become high. As you cannot repair a coupler, you will have to replace it completely.

Due to faulty wiring, the mixer grinder can shut down automatically. It usually happens either because of the poor build quality or if the machine is being used for a very long time. You can solve this problem by opening the unit and checking if the wires are in decent condition or not. If not, you will have to change the wiring. If you are not confident to do this task, we suggest you to talk to an expert.

Whenever there is a leakage from the mixer blade, the jar usually gets jammed. Because of the leakage, the water seeps inside the bearings of the blade, leading to corrosion and hence, the jar gets jammed.

To get rid of this problem, you can turn the grinding jar in an upside-down position. Now put some oil around the motor coupler. Let it stay for some time. Use a plier to twist the coupler. After fixing this, run the empty mixer for a minute or so. Now add some water and run the grinder again. In the end, take a soft cloth and wipe the jar. The issue will be fixed.

There are some of the most common problems that most users face while using a mixer grinder. You can solve these issues at home by using the tips mentioned above. We hope you find these tips helpful. 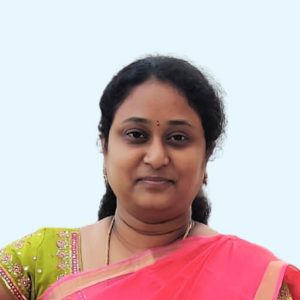 She is our kitchen expert. At Homezene, she is responsible for reviewing kitchen appliances and equipment using her knowledge over the subject. Be it baking tools or a mixer grinder, she helps our readers make the right decision.