All About Blu-ray Players, How it Works, and Formats

We all love to watch the latest movies and TV shows on our large high definition TVs at a high resolution of 4K or even above that in some cases. While this is one of the best viewing experiences available for almost everyone, there are a lot of other services required like a high-speed internet connection and a decent router to allow such high bandwidth. If you are watching such high-quality content over the internet, you will surely feel a little bit of lag every now and then.

There is only one ultimate solution for this problem, which is Blu-ray media consumption. You must be familiar with the word Blu-ray as it is the highest quality format available for all display resolutions whether it is 4K or 1080p Full HD.

Blu-ray media has been available for quite some time now, but it has gained a lot of popularity since the evolution of smart TVs that offered a great display that can utilize blu-ray content completely. To know more about Blu-ray players, disks, and formats, continue reading our article until the end.

Blu-ray is the latest generation of DVD based multimedia content such as movies and TV shows. A Blu-ray disk can hold nearly five to six times data as compared to a regular DVD of the same physical size.

Thus, the content stored on a Blu-ray disk is completely untouched and contains all of the little details that are intended to be on the movie. Today. A lot of enthusiasts collect the Blu-ray versions of their favorite movie series in mint conditions.

These Blu-ray collections are certainly not only for display as you can watch these movies and seasons of your favorite TV shows at any time without worrying about uncontrollable elements like internet speed or network. The Blu-ray content can be bought from almost any offline store if you want a physical copy. There are also a lot of online platforms that sell Blu-ray content in digital form.

Optical disks have experienced a lot of upgrades ever since it was first invented. Apart from the physical size and shape of the disk, the optical disks have changed a lot over time. From VCD to DVD and now to Blu-ray, the optical disks can now contain a lot more information. Before, you could buy Blu-ray disks easily. But, there were not capable displays in every household that could portray proper Blu-ray quality.

Blu-ray disks got their name from a blue and violet laser which is used to read and write data on these disks. These laser beams have a very short wavelength which is around 405nm. Thus, it can store substantially more data than a regular DVD which uses a normal red laser with around 604 nm wavelength. Once a Blu-ray disc is inserted into a Blu-ray player, the laser starts reading the data from the disk which is rotating at a very high speed and decrypts the information.

New generation Blu-ray discs not only offer a much larger storage capacity but also an extended user interface and the buyers have the option to add custom files like subtitles directly on the disc. The Blu-ray disks can be edited with any Blu-ray player that supports the interactive features. You can also buy a blank Blu-ray disc to record and create your own collection of high definition media content.

Similar to every other optical disc, the Blu-ray discs store data in encoded format. This format is present in a physical form on the disc that is spiral grooves created by the laser. These grooves starters from the central portion of the disc and go until its very edge.

To store more data in the disc, these grooves need to be as close to each other as possible without overlapping each other. This in turn requires the laser to be equally precise and powerful. Because the blue-violet laser is used for Blu-ray discs, these discs can hold 25 GB to 100 GB of data without any problem.

Blu-ray players feature an external a.a mm thick polycarbonate layer inside the disc reader which was not present in any DVD player before. This layer reduces the disc reading issues and allows flawless decoding.

The grooves on a disc is a simple layer of pits and the flat area where a pit is considered as 0 and a flat area is considered as 1. This allows binary conversion of any multimedia-based content whether it is audio, image or video, and can be stored on a blu ray disk.

Once the disk is inserted in the Blu-ray player, it starts spinning at a certain speed and the laser is pointed at the disk. When the laser light hits the flat area, its reflection is captured in a photoelectric cell that records a 1. When the laser is going through the pit, it does not get reflected and the portion is registered as a 0 or 00. This way, the laser decodes all of the data available on the disc and starts delivering the output on the requested file.

Currently, there are many different formats available for video content. These formats are the algorithm or arrangement of the file on the disc. As the formats created by regular Red and green lasers are decryptable by a blue laser, commercial Blu-ray players can play almost any format that is played on it. This includes the following popular formats:

Now that you have understood what a Blu-ray disc is and how it operates, let’s take a look at what makes it a different option as compared to a DVD. The following comparison table should help you realize whether you need a Blu-ray player or you can get the job done with a regular DVD player too.

Do I need an internet connection to watch Blu-ray movies?

No. All you need to watch a Blu-ray movie from a Blu-ray disc is already available on the Blu-ray player. It does not require an active internet connection to display the contents of the disk. You might need a connection for streaming extra features such as OST and commentary.

How to make sure if my TV supports a Blu-ray player or not?

All you need to know before buying a Blu-ray player is whether you have the proper display available or not that can output Blu-ray content in high definition. As for the i/o connection of the Blu-ray player, it requires an HDMI port on your TV or monitor which is quite common these days.

Which discs can I use with the Blu-ray players?

You will be able to play all of your previously collected DVD discs on your brand new Blu-ray player. Blu-ray players are generally favored for their backward compatibility as these options are universal in nature and can be used for almost any type of disc.

Can I connect a Blu-ray player to my 3D TV?

Generally, you will find the 3D option available on almost all Blu-ray players. Although, only 3D movies can be played on a 3D Blu-ray player. As for the display, it can play both 2D as well as 3D content so you can upgrade the TV later on and use the same Blu-ray player to play 3D content.

Is there a TV that comes with a built-in Blu-ray layer?

No. You will have to purchase the Blu-ray players separately along with your new TV. The best you can do is to find a decent brand that produces both TVs and Blu-ray players and get a combo deal on purchasing both items at once.

What other formats do Blu-ray players recognize?

There are many different formats available in which video files are encoded. Apart from video files, there are different formats for audio files as well. You can find a detailed list of multiple supported audio formats of a Blu-ray player mentioned above in this article.

Full HD and 4K Ultra HD content is now easily available on popular streaming platforms like Netflix and Amazon Prime Video. But, if you want to experience the best video as well as audio quality at home, you will have to take a look at Blu-ray discs and players. You can attach these players to your TV as well as monitors and play the Blu-ray disc for a near theatrical experience right in your home. In case you are not familiar with Blu-ray technology, you can go through our articles and acquire all the necessary information right here. 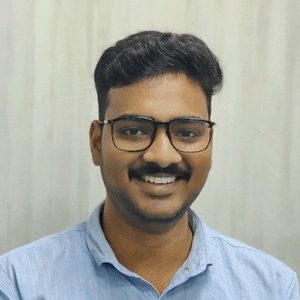 He is our gadget guru at Homezene. His passion for the latest technologies and devices has helped us differentiate the good gadgets from the bad ones. Being a fitness freak, he also has valuable information on various fitness and sport’s equipment range.